On a busy Friday afternoon, you walk into an exam room to see Sophie, a 9-year-old Bichon. Sophie’s owner, Mrs. Smith, just moved to the area and is looking for a new veterinarian.

During the course of your visit, you learn that Sophie was diagnosed with diabetes approximately eight months ago. She was started on 2U of Vetsulin® twice daily and a glucose curve, performed one week later, indicated adequate glycemic control.

Five months ago, however, Sophie was again showing signs of diabetes. Her previous veterinarian performed a single glucose spot-check, which revealed hyperglycemia. Based on that reading, he advised Mrs. Smith to increase Sophie’s insulin dose to 3U twice daily. Mrs. Smith states that the increase in glucose initially appeared to help, but now Sophie is showing signs again and she wonders if a further increase in insulin dosing may be necessary. On physical exam, Sophie weighs 4 kg and has a BCS of 4/9. She has moderate dental calculus, bilateral cataracts, and several small skin masses. The remainder of her exam is unremarkable.

You perform a CBC/biochemistry and note that Sophie has hyperglycemia (240 mg/dL; reference range 80-120 mg/dL) and elevated ALP (210 U/L; reference range 5-131 U/L).  You collect urine by cystocentesis, for urinalysis and urine culture.

Based on these findings and Sophie’s prior medical history, you schedule an appointment for Mrs. Smith to bring her back for a glucose curve the following week.

Mrs. Smith drops Sophie off for her glucose curve at 7:55 am. She confirms that Sophia ate a normal breakfast and received 4U of insulin at 7:20 am.

Your vet techs begin a glucose curve on Sophie and obtain the following readings, which they write up on the treatment board and enter in Sophie’s medical record:

As you walk through the treatment area on your way to lunch, you notice the low reading that was obtained at 12:00 pm. You ask your technicians to evaluate Sophie’s blood glucose hourly until it again rises above 100 mg/dL. They agree to do so and, by the end of the day, Sophie has the following blood glucose curve:

Based on Sophie’s glucose curve, you determine that Sophie is experiencing a Somogyi effect. This phenomenon can occur any time the blood glucose drops below approximately 65 mg/dL. In response to this hypoglycemia, the body releases stress hormones that lead to a rapid rebound hyperglycemia.

The fact that Sophie is experiencing a Somogyi overswing indicates that she needs less insulin, not more insulin! You decrease her insulin dose to 2U twice daily and schedule her to return for a recheck glucose curve in one week.

Ten days later, Sophie returns for a recheck glucose curve. You note that she has gained 0.25 kg since her last visit and her owner reports that she has seen a reduction in her polyuria and polydipsia.

You perform another glucose curve and obtain the following readings:

This curve meets your primary goals in managing canine diabetes:

Based on this information, you advise Sophie’s owner to continue administering 2U of insulin twice daily. You also advise her that if Sophie begins to show signs of being unregulated in the future, the first step will be to perform a glucose curve. Insulin dosing should never be changed based on spot checks.

Finally, now that Sophie’s diabetes is regulated, you recommend referral to an ophthalmologist so that she can be evaluated for cataract surgery.

If your techs had continued to measure the blood glucose every two hours at Sophie’s first visit, you could easily have missed Sophie’s hypoglycemia. This might have led you to recommend an insulin change, or even an increase in dosing, instead of recognizing the need to decrease her insulin dose. Anytime a pet’s blood glucose drops below approximately 100 mg/dL, it’s important to shift to hourly readings until the hypoglycemia has resolved. Keep the Somogyi effect in mind, in order to effectively manage diabetic pets. 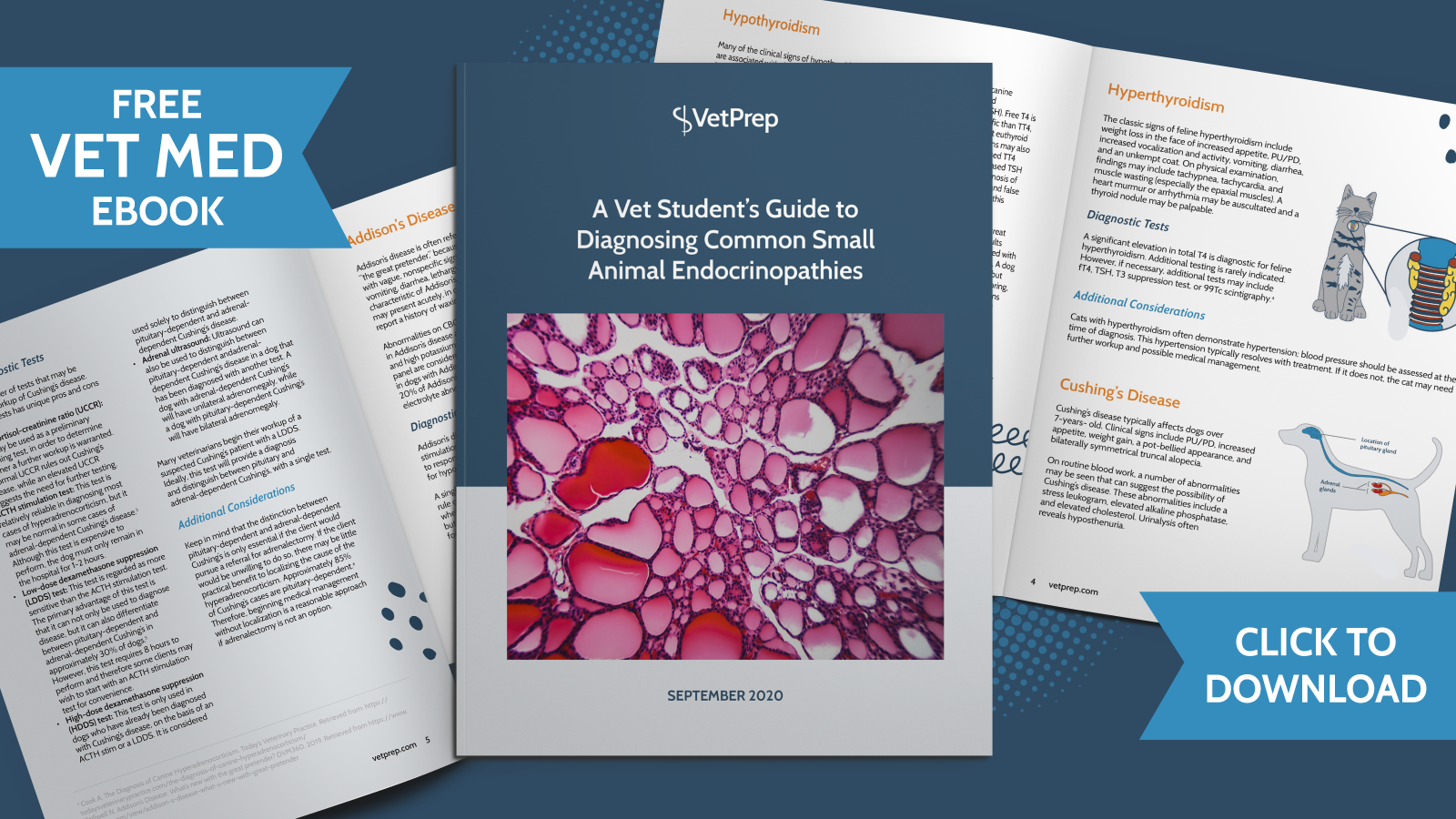