I then made a whirlwind road trip, visiting each practice for an all-day “working” (observational) interview. After that trip, I narrowed it down to two choices. I made lists of pros and cons, reached out to former associates, and felt confident that I had made the right decision.

And yet, despite all of that preparation, I left my first job after just six months.

In hindsight, there are some red flags that I missed. Maybe I could have avoided that initial bad experience if I had paid closer attention, or maybe I was bound to accept that job.

Either way, hopefully you can learn from my mistakes!

1. Don’t get distracted by location or other superficial factors.

My search covered a pretty broad geographic area. When I visited practices, there were some locations that I immediately liked and other locations that I found a little less appealing. I chose my first job based largely on its location. To be honest, I fell in love with the amazing view from the huge window in the practice’s surgery suite.

While focusing on location wasn’t necessarily a bad choice, because I did remain in that area even after changing jobs, it probably led me to overlook some trouble spots in the practice. In hindsight, I should have focused more on quality of medicine (so I could receive good mentorship and develop good habits early in my career) and then relocated once I felt more established, instead of focusing on location for my first job out of vet school.

During my working interview, and a second visit to the practice at which I eventually accepted a job, my employer made a few comments that made me cringe a little bit. They weren’t huge issues, but I can now look back and see that they were red flags.

For example, I was taken out to dinner during my second visit and strongly encouraged to drink wine with my meal. (To be honest, I’m not a big wine drinker.). My employer made a joke about how she had brought my contract to dinner and was hoping I would get drunk enough to sign it on the spot. Sure, the comment was a joke, and it may have seemed funny or appropriate in some situations… but, in that particular moment, it made me a bit uncomfortable. I probably should have trusted my gut at that point and rethought my decision.

3. Read between the lines when talking to former associates.

After a phone call with the former associate, I felt like I had done my homework. She raved about the clients and support staff, telling me how much she missed many of the team members. She talked about the amazing relationship she had with one of the owners but, in hindsight, she didn’t say much about the other owner. She also made a comment that has stuck with me until this day: “watch out for the techs, because I really love them all.” At the time, I read that as an indication of how amazing the techs were, but it didn’t occur to me to wonder why I’d need to “watch out” for them. Who was I supposed to protect them from? (I later realized that I was supposed to protect them from the unmentioned owner.)

Now that I’ve had similar conversations with other vets about jobs that I’ve been the one to leave, I get it. First, there’s a fear of lawsuits or retribution. Vet med is a small field and no one wants to get a reputation for badmouthing other practices. More importantly, though, I think we veterinarians often assume that our previous jobs didn’t work out because of some flaw of our own, instead of recognizing and calling out inherently unhealthy work environments. When you talk to former associates, read between the lines. Realize that they’re almost never going to come out and say that a practice is a bad place to work or volunteer the full truth about why they left. Ask a lot of questions, trying to get as many details as possible and filling in gaps where you’re able to do so.

4. Be wary of husband/wife teams.

5. Don’t force yourself to stay if it’s a bad fit.

It didn’t take me long to realize that I had ended up in a practice that was a poor fit, for a number of reasons. At the same time, I was afraid that leaving too soon would look terrible on my resume and make it hard for me to find another job.

Fortunately, that wasn’t the case. After several months of agonizing, I finally contacted a recruiter and was put in contact with another practice. And, because vet med is such a small world, the owner of that practice was familiar with my employers and understood exactly why I was leaving. I won’t say that my exit from my first job was entirely peaceful (unfortunately, that is rarely the case in private veterinary practices), but I soon found myself in a better work environment with no regrets.

6. Think carefully about your decision, but remember that nothing is permanent.

The odds of you remaining in your first job for the rest of your career are low. So, while you certainly want to look for a practice that will help set you up for a successful career, realize that you can always leave if things don’t work out! Focus on finding a practice that offers high-quality medicine in a healthy work environment, try to avoid practices with obvious red flags, and trust your instincts! 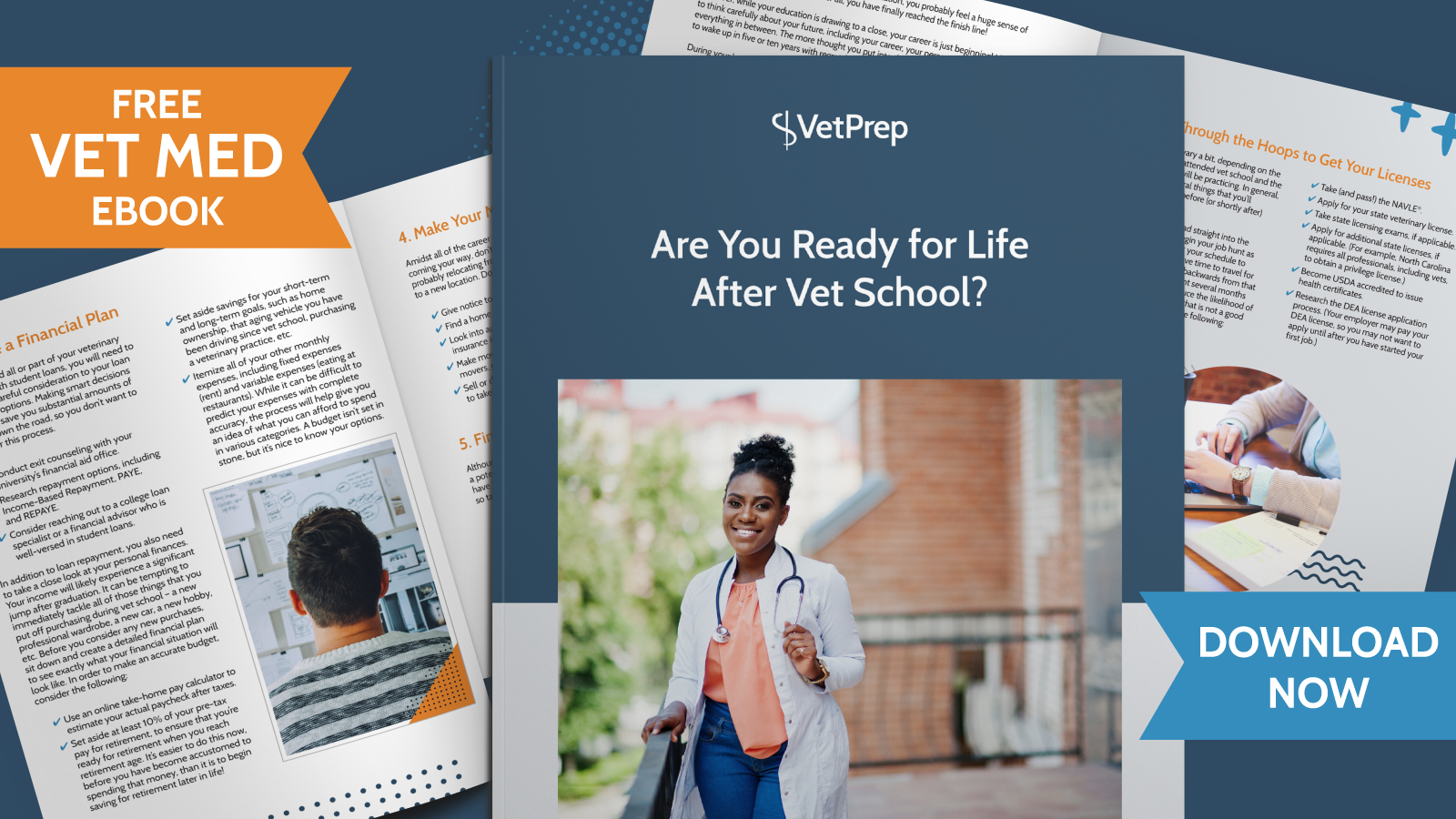