While zoonotic diseases may not be something that you see every day as a veterinarian, they will play a significant role in your career!

These diseases can pose a risk to your clients, your employees, and you… therefore, it’s important to understand zoonotic risks and know how to prevent human infection. 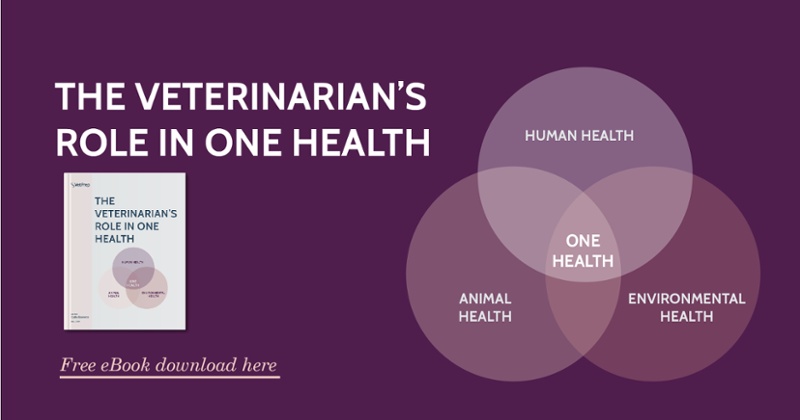 Rabies is the most important zoonotic disease, because it is nearly always fatal in humans. Additionally, it’s more common in small animal patients than you might think! In 2017, for example, 276 cases of feline rabies and 62 cases of canine rabies were reported in the United States.(1)

Rabies is caused by lyssaviruses in the Rhabdovirus family. These viruses are distinct and are each maintained within a separate reservoir species. In the United States, for example, we have rabies variants unique to red foxes, gray foxes, raccoons, skunks, and multiple bat species. These viruses can spill over from their reservoir species to other mammals, typically when introduced via a bite wound. When a human or pet is bitten by an infected animal, the virus is introduced into the local tissues. The virus travels along peripheral nerves to the brain, where it causes encephalitis. The time from exposure to the onset of clinical disease is highly variable; incubation times of 3 weeks to 2.5 months have been reported in dogs, while one reported human case had an incubation time of over 8 years!(2) Clinical signs can vary widely, with some patients developing the stereotypical “furious” rabies (similar to what is described in Old Yeller) and some developing paralytic rabies.

Because of its significant public health implications, the prevention and control of rabies is governed by state and local laws. Guidelines are released (and regularly updated) by the Association of State Public Health Veterinarians(3), but it is up to each state to determine their specific protocols. Therefore, when beginning to practice in a new state, it’s important to familiarize yourself with that specific state’s guidelines regarding potential exposures, quarantine periods, etc.

Early in my veterinary career, I worked at a clinic that diagnosed a 5 month old kitten with rabies. The kitten had recently been adopted as a stray and was initially presented for urinary issues. Needless to say, the differential diagnosis list for “straining to urinate” did not include rabies! The kitten received a thorough urinary workup and was handled by a large number of team members, including several kennel attendants that took a break from their work to hold or cuddle the cute little kitten. When the kitten’s urinary signs failed to improve with medication, he was hospitalized; after several days, he began showing more severe neurologic signs. The kitten was euthanized, tested for rabies, and found to be positive. Many of my coworkers received post-exposure prophylaxis, at the clinic’s expense, because he was a playful kitten and many people had received “love bites” or scratches during play. After that experience, I’m now much more cautious when handling unvaccinated pets, even if their signs don’t suggest rabies!

While ringworm isn’t life-threatening like rabies, it can be a nuisance and it’s a common issue in certain pet populations. The fungus Microsporum canis commonly affects young cats, causing signs that can range from asymptomatic to severe. The classic ringworm patient is a young kitten with bald, scaly patches on the face, ears, paws, and/or tail. Diagnosing ringworm can be frustrating. A fungal culture is necessary, but its results are not available for up to three weeks. A Wood’s lamp is often used to provide a quick answer, but this test is not very sensitive or specific. Roughly half of M. canis strains fluoresce with a Wood’s lamp and false positives can be caused by drugs and topical products.(4,5) Therefore, a Wood’s lamp examination can be used to suggest whether ringworm is more likely or less likely in a given patient, but should never be used as a sole diagnostic.

If ringworm is diagnosed, a number of treatment protocols have been described. Most involve a combination of topical treatments (antifungal cream or shampoo) and systemic antifungal therapy (such as itraconazole, griseofulvin, or terbinafine). Owners should also be educated on the importance of environmental decontamination. Treating the cat without treating the environment often leads to recurrence.

Sarcoptes scabiei causes scabies in dogs. (It can also affect cats, but tends to be transient in that species; feline scabies is caused by Notoedres cati.) Humans can become infected with S. scabiei by handling an infected pet; infection typically causes self-limiting papules and pruritus within 24 hours of exposure. Sarcoptes scabiei does not thrive on human skin and typically dies within a few days, but the pruritus associated with infection can persist for weeks.

The most common sign of canine scabies is severe itching, with minimal response to antipruritic medications or steroids. Unhaired areas of the skin are most affected, including the ear margins, ventral abdomen, elbows, and hocks. The pinnal-pedal reflex has been described as a test for scabies; in this test the veterinarian scratches the pinna and looks to see whether the dog lifts the ipsilateral hindlimb to scratch. Surprisingly, this test has a reported sensitivity of 81.8% and specificity of 93.8%!(6)

Scabies is very difficult to diagnose. Skin scrapings are negative in up to 70% of infected dogs.(7) Therefore, all dogs with pruritus that responds poorly to medications should be treated empirically for scabies. Treatment options include topical miticidal dips, ivermectin, selamectin, milbemycin, and others.

Bartonella henselae is an infection of cats, typically acquired through flea bites, bite wounds from other cats, or blood transfusions. Many cases are asymptomatic, although some cats develop fever and lymphadenopathy. This infection can be transmitted to humans through bites or scratches from infected cats, giving rise to the name Cat-Scratch Fever or Cat-Scratch Disease. Signs in humans typically include enlarged local lymph nodes, fever, and lethargy. Most cases are self-limiting, although antibiotics may be required. In recent years, however, increased attention has been given to the possibility of chronic bartonellosis in humans. These infections may have a variety of significant effects, such as endocarditis, neurologic manifestations, visceral abscesses, and bone lesions. Although these findings are not common, this area is under active research and researchers suspect that chronic bartonellosis may be more common and significant than initially suspected.(8)

Toxoplasmosis is a zoonotic disease that you may or may not diagnose as a veterinarian, but you are likely to receive a lot of questions about it! Cats become infected with toxoplasmosis after eating an infected rodent. Most cats show no clinical signs, although cats with immunosuppression (especially due to feline leukemia or feline immunodeficiency virus) may develop clinical infection. Signs may include fever, lethargy, and neurologic signs. Toxoplasmosis is typically diagnosed using serology and infection is treated with clindamycin.

Toxoplasmosis becomes a zoonotic concern when infected cats shed toxoplasma oocysts in the feces. If these oocysts sit for over 24 hours, they can sporulate and become infective to humans. Most human infections are completely asymptomatic, although mild flu-like signs can occur. The most significant effects occur when pregnant women are infected; this can lead to fetal infection, causing abnormalities in the fetal central nervous system.

If possible, pregnant women should have someone else in the home change their cat’s litter box. If this is not practical, however, the following guidelines will reduce exposure risk:

Additionally, pregnant women should avoid handling or obtaining stray cats/kittens during pregnancy and should use caution when working outdoors in the garden. 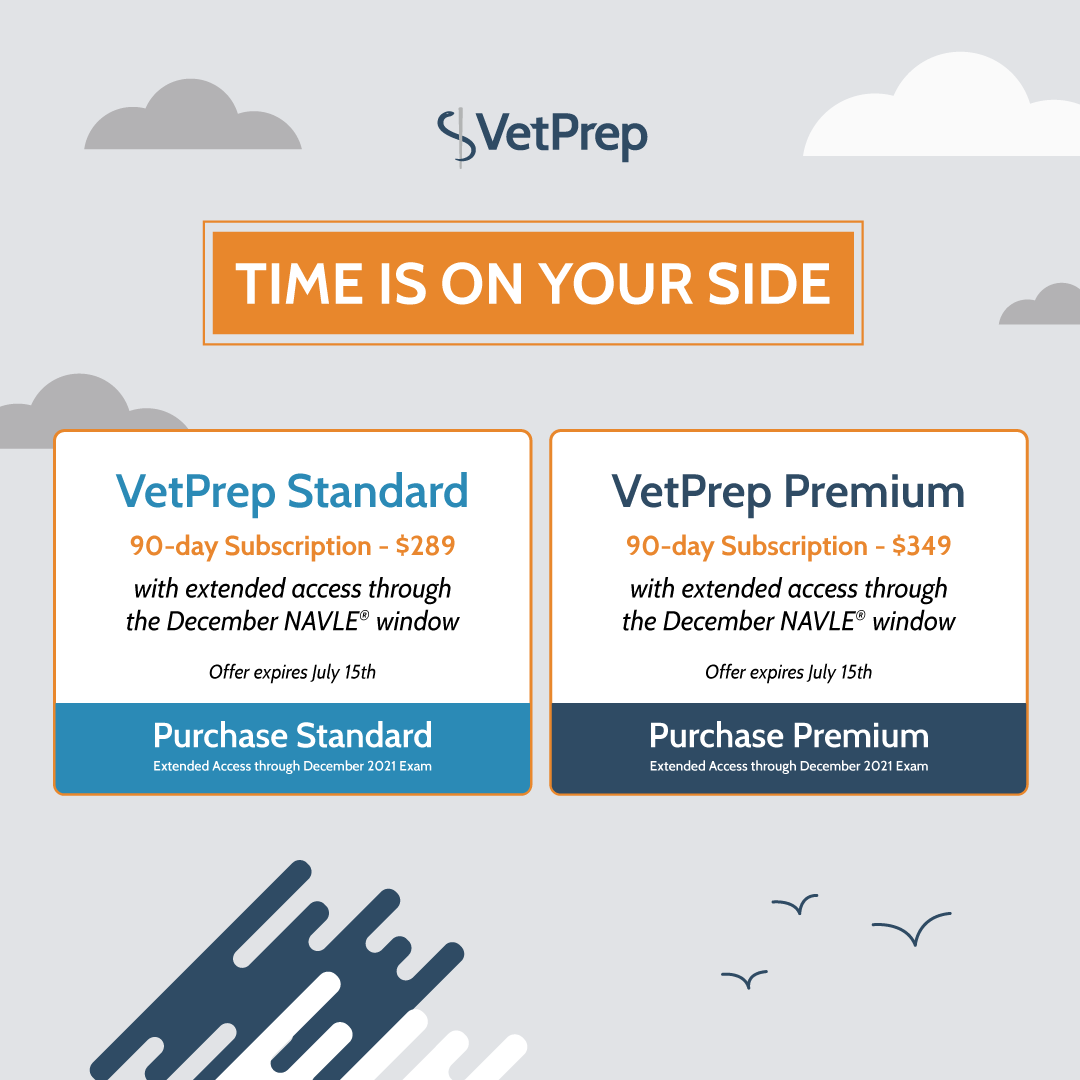